Here is one of my favorite Kendall Expressions paintings!  See more on my website in the folder of the same name! 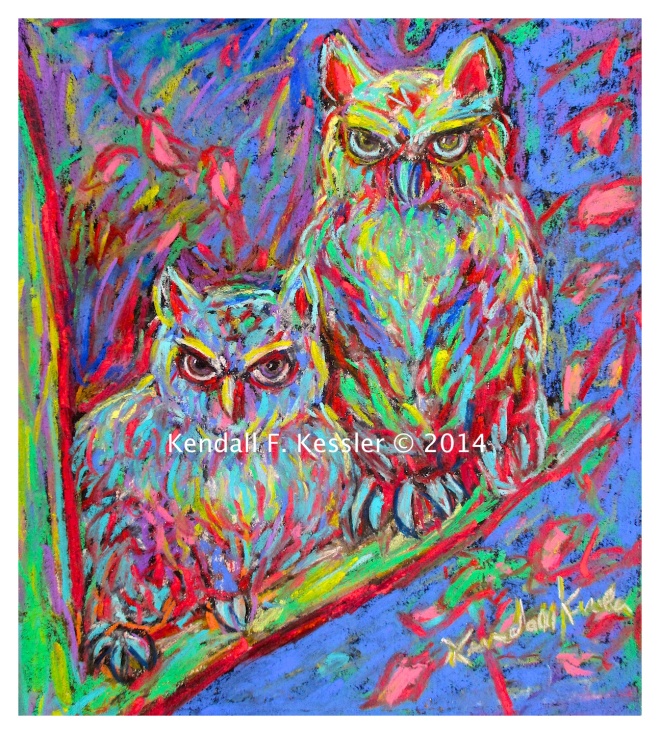 Prints on Paper or Canvas  Available at   KENDALL KESSLER ART 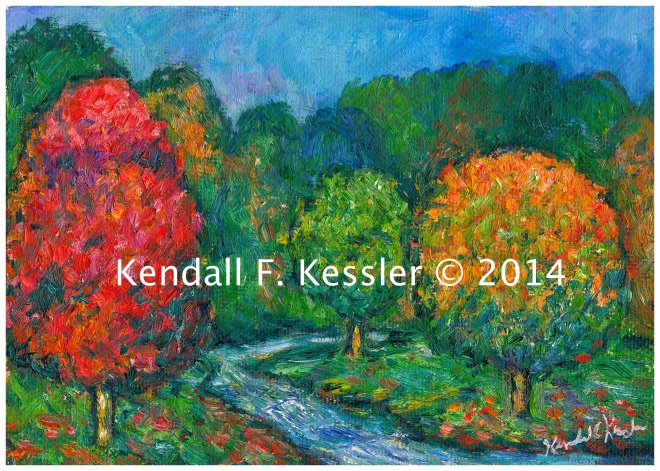 One of my favorite Autumn scenes!

The Moon-eyed people were, according to the Cherokees, a race of small men that  lived in the southern Appalachians. They were quite different from the Cherokee people in appearance.  Their skin was light and and they were bearded.  They were called moon-eyed because they could only see at night.  Their sensitive eyes were blinded by the sun so they were nocturnal beings that lived in underground caverns.

Cherokee cosmotology is complex.  They believe they live with other supernatural beings but the Moon-eyed people are never described as having other-worldly characteristics so some believe they may have been European settlers that arrived before Columbus.

The stone wall of Fort Mountain, George is said to be associated with these people. According to legend, this great wall is left over from a war between the Moon Eyed People and the neighboring Creek nation. The wall is 850 feet long with varying heights between two and six feet high.  Again, according to legend the Creek nation drove the Moon Eyed People off in a battle at night when the light of the moon was strong enough to weaken the nocturnal warriors.

I found this great story from the online publication Stories from the Mountains!

The Word Man has done it again!  This time  his poem, My Granny’s Island has been accepted for publication by Leaves of Ink!  Yea Word Man!  The poem will appear in July’s issue!